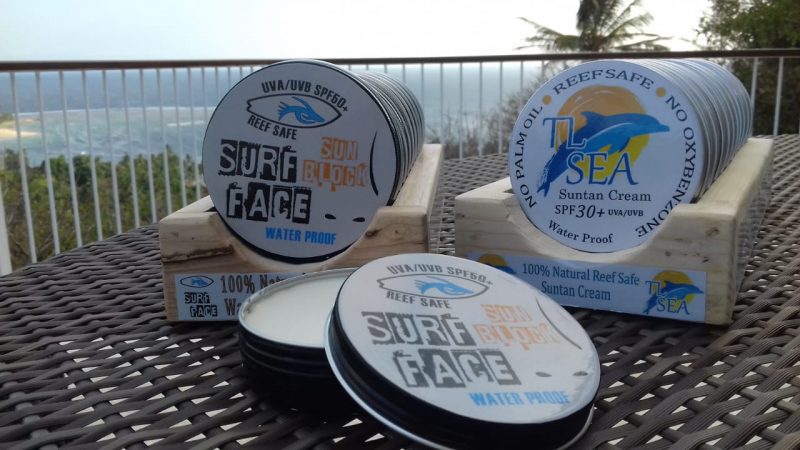 It’s important to protect yourself against the sun, but did you know the ingredients in your sunscreen can actually harm the beautiful reef we all enjoy so much as divers? The chemicals contained within causes coral to bleach and eventually die.

Coral bleaching is a process that happens when the algae that live inside coral tissues is expelled, causing the coral to turn white. As divers, this is something that most of us have probably come across already, and beach-goers also may have seen dead pieces of white coral lining the shores. 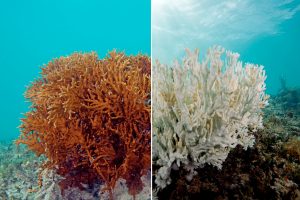 Whilst bleaching doesn’t immediately kill the coral, if the coral continues to be stressed, it can’t recover. The coral is 90% dependent on the energy produced by the algae for survival, and once this is lost the coral effectively starves and dies. This can cause the whole reef to collapse.

There are numerous causes of coral bleaching including changes in water temperature, an increased exposure to UV light, pollutant exposure and bacterial infections and exposure to toxins, many of which of caused by climate change & human behaviour.

Is my sunscreen killing the reef?

It is estimated around 6,000 tonnes of sunscreen are washed into the ocean every year. What makes this figure particularly damaging is that the majority of this won’t be evenly distributed into all the oceans. Instead, it will be concentrated in tourist hotspots – the places we love to go swimming, snorkeling and diving, such as national parks and popular reef spots.

The pollutants contained in sunscreen are causing significant damage to the oceans reefs because they contain nonbiodegradable chemicals that enter the reef system, beginning the bleaching process. The four most commonly found coral-bleaching chemicals in sunscreen are;

If you’re using a sunscreen containing any one of these chemicals, the answer is yes, your sunscreen is contributing to the collapse of these vital and delicate eco-systems. There is still much research to be done, but we do know that exposure to these toxins is killing our reefs around the world.

What should I do instead?

Whilst we don’t recommend not using any sunscreen at all, there are other options available to protect you and your family from the sun’s harmful rays. Covering up with UV protective clothing is one option, as is using an old t-shirt to go in the water with (normal clothing has been proven to still offer UV protection!). You’ll still need to use sunscreen on exposed skin, but this will use a lot less sunscreen than if you were just in swim-wear, which reduces the amount of chemicals entering the water.

The experts researching this field recommend going with a mineral-based sunscreen such as a zinc or titanium oxide based product. These sunscreens also need to be non-nanotised (meaning the ingredients are at least 100 nanometers in diameter) in order to prevent them from being absorbed into the skin.

Here at Joe’s, we’ve teamed up with locally based company The Lombok Collection, to offer you a product called TL Sea.  Similar to a suntan lotion with SPF 30, it has a delicious a vanilla smell and is made in Lombok with locally sourced ingredients.

Using natural non-nano zinc oxide it is reef safe and also contains no palm oil. It is also environmentally friendly, as it comes presented in a reusable tin, rather than single-use plastic bottles. A little of TL Sea goes a long way, as you don’t need to be as liberal when applying the cream as you might be with traditional sunscreens.