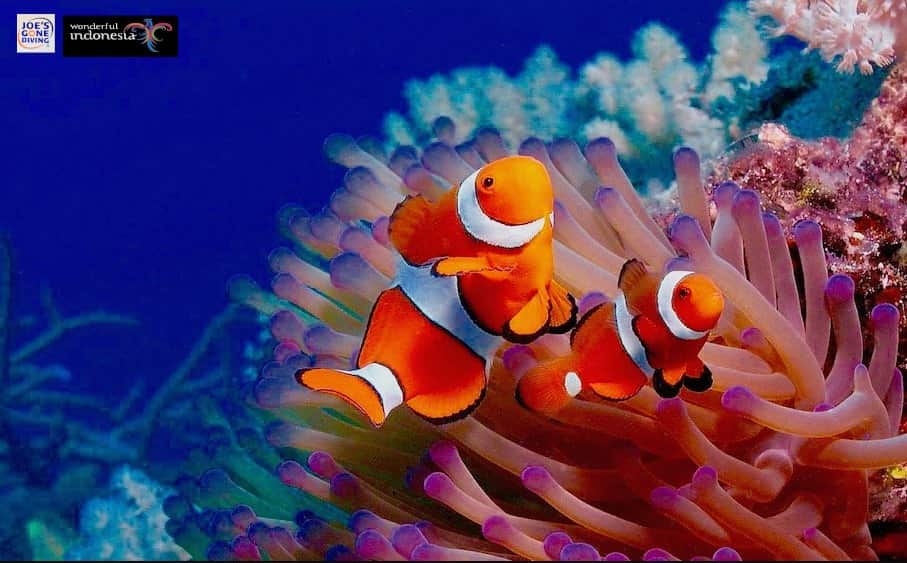 The clownfish is perhaps the best-known fish in the entire ocean. Who hasn’t heard of the movie Nemo, a bestseller from Disney. The adventures in the film brought Nemo around the world. A classic movie for young and old. But what kind of fish is Nemo? In this blog, I will take you into the world of the clownfish.

First, let’s look at the clownfish family. The clownfish is also known as the anemonefish. This name comes from the designation of the genus Amphiprion. These two species seem very similar, but they must be separated in biology. The clownfish is naturally established in the Indian and Pacific Ocean. 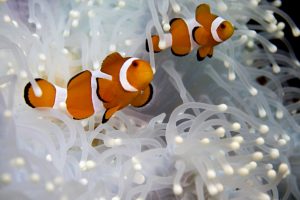 The appearance of the clownfish
The clownfish is about seven to fifteen centimeters long, with the body up to 2.5 times as long as it is wide. There are different types of anemonefish that, depending on the species, have blackish, orange, yellowish or reddish colors. Sometimes they are also decorated with spots and stripes, but there is only one Nemo.

With its bright orange color and three white vertical stripes, the clownfish (Nemo) is very easy to recognize. If you look closely, the middle line of the clownfish has a bulge to the front.

Reproduction
You may have read or heard about this before, but if this is not the case, it may just be that your mouth will fall open with surprise. The clownfish is always born a male, without any exception. Only at an advanced age they can turn into a female. The clownfish prefer to stay in schools. The hierarchy is very clear with these fish. In almost all cases, the oldest fish, which is also the boss, is the female. The second oldest fish is directly under the oldest fish in the hierarchy and is the life partner of the oldest. When the female dies, the oldest male takes her place and then changes into a female. The male who was number two as the oldest male automatically becomes number one and develops into a sexually mature male.

What does the diet of the clownfish look like?
The clownfish are omnivores and in the wild they mainly feed on small shrimps, plankton, algae and crayfish, their diet as you can read above is, therefore, both vegetable and animal.

In the wild the Clownfish can never swim far away from their anemone, because otherwise they are eaten themselves. Therefore, they have to wait until their prey comes to them. They can have a hard time, because there is not always a prey, The clownfish have developed an instinct to collect surplus fish food, cool he!!

On almost every dive you see either a clownfish or another type of anemonefish. They also love to be photographed, so if you come to dive at Joe’s, take your underwater camera with you or rent one for the most beautiful photos!!