The start of a new adventure

Home > News  > The start of a new adventure 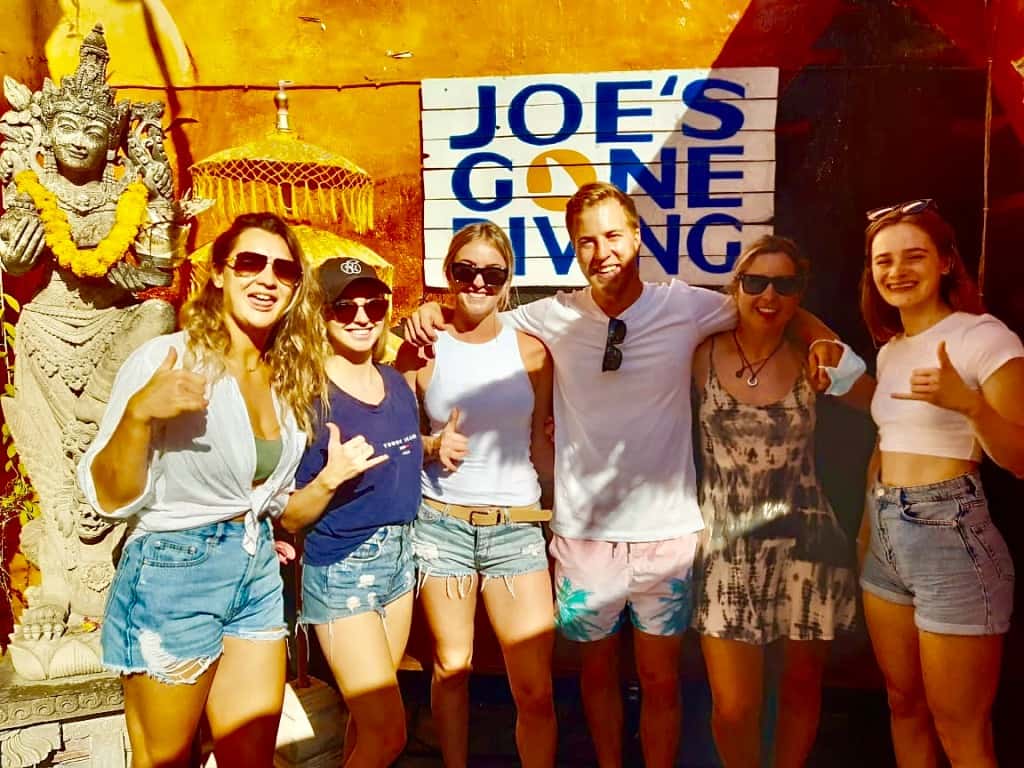 12 Mar The start of a new adventure

The start of a new adventure!

Most of the students arrived in Bali a month ago, some were new to the island and some had been here before. Yet it was exciting for everyone, because you are in a new environment, 12,500 kilometers from the safe Netherlands, without family or friends. They all live in the same house with a total of 30 other Dutch students. Every student in the house does an internship at different companies or organizations for 5 months, a long time away from home.

Through our Intern (Pieter) the students became enthusiastic about diving and together they decided to do the Open Water Course. After making the deposit, the diving fun could begin with studying the theory.

A week in advance, they were all going through the theory in their hotel. With all of them withdrawn from the rest, they sat with their laptops on their lap to take the tests and quizzes. The good answers flew through the room and you could notice everyone was becoming more enthusiastic for the upcoming weekend that was coming closer and closer. On Friday, March 1, the time had finally come!

Everyone had to be present at a quarter to eight. Because they were with ten, the groups were divided in 3 groups by our diving instructors: Denny, Catur and Ismail. The group of Denny started immediately with the skill exercises in the pool, the others had to wait a while and started watching the theory videos.

After an extensive lunch break that everyone visibly enjoyed, it was time for the next sessions and the continuation of the videos. These sessions also went well. Around 5 o’clock the day was over, and everyone went home feeling satisfied. The first day of the adventure was over, or so they thought.

As a tip from the diving instructors, the students were advised to take the theory exam that same evening so that it was already done. The students separated themselves from the rest of the group and took the tests and quizzes followed by the exam for the last time. There was a little bit of tension, because everyone wanted to succeed. Happily, for them this happened, and it even included a 100 percent score. Great job!

With a satisfied feeling, they all went to bed to dream about the first day and the continuation of their Open Water Course. Because yes, the next day they will be making their first dive in the ocean ever. Do the exercises again and for the first time discover the incredibly underwater world that millions of people had already discovered before them.

The alarm clock went early again. Normally the students would go to Padang Bai, but this time it was reversed and the first dive was made in Tulamben. The students had a party on Sunday and they really wanted to go there…. They still remain students right:) Everyone was very excited on the bus ride to Tulamben. Today they would finally make their first ocean dive. Arriving in Tulamben, the diving equipment was unloaded from the bus and it was time to assemble the equipment. The air was checked, the BCD inflated, and all checks were done. Because the students had practiced this several times the day before, this went well.

At Tulamben a so-called “shoredive” is done. This means the divers go into the sea from the shore. After an extensive buddy check, which is very important to us, it was time for the descent to the bottom of the sea. Here again several skills were done, after which the dive site was further explored. A student says: “It was so incredibly cool to finally go into the sea and see so many different fish. I really never expected this. Of course, you sometimes see videos about diving, but to see this with your own eyes, to breathe underwater and to discover it yourself is really magical”.

After about 40 minutes underwater, including the 3-minute safety stop, the students went for lunch. It has not been quiet for the whole time during the lunch. The stories flew over the table. This is what a student says: “You know what it is. Because we do this with ten people and we all come from somewhere else in the Netherlands, this creates a bond. Whenever we go on a trip to another island we can always go diving together, that is so cool. ”

After lunch the students changed clothes again and the second dive could start. This dive has of course been dominated by the skills, because yes, you just have to master the skills to pass the Open Water Course. Fortunately, there was enough time left after the skill exercises to further discover the dive site. Tulamben is home to the USAT Liberty wreck, a World War II cargo ship that was torpedoed in 1942. A dive site with an enormous amount of history. At Joe’s, we can therefore recommend everyone to take a dive at this ship.

In the meantime, the dive was completed, all the stuff was loaded back in the bus and it was time for the drive back home. Everyone fell asleep. It had been a beautiful day. The last day before the students was about to start. The alarm clocks went off 1 by 1 around a quarter past 7 and half an hour later it was time to drive the scooters towards Joe’s. In about 7 minutes, the 10 scooters brought the students to their destination. Padang Bai was the destination on Sunday. You are at Padang Bai in about an hour’s drive. Driving into Padang Bai you have a beautiful view over the bay and in the distance you can see Lombok.

The equipment was put on again and the very last, yes really the very last skill exercises were done during the first dive with Catur, Denny and Ismail. Now there was only one fun dive on the program left. Catur, Denny and Ismail are excellent diving instructors. This is what a student says about it: “I enjoyed having Catur as a diving instructor. He makes you very comfortable underwater. He gives you a box, a high five, or a well-earned pat on the back underwater if you have performed your skill well. He is very attentive, and he sees stress, or if something goes wrong, quickly, which means he anticipates in time. ”

The last dive was all about having fun underwater, spotting fish and getting even more controlled during diving. A shark was spotted by 1 group, which immediately resulted in a 35-minute dive. We get it, we are still very excited when we see a shark too. The other groups dived a little longer and after returning to the shore when everyone was back together, congratulations hugs were given to each other and everyone was very happy. You could see the diving instructors enjoying themselves.

After lunch, the many stories and sleeping on the bus, the students returned to Joe’s. The logbooks were filled in and the papers for passing the course too. A firm handshake was given by the diving instructors. The students were GRADUATED… I think this is what they prefer to hear the most, whether it’s school or diving 🙂

Our thanks go to all the new Open Water Divers. We really enjoyed welcoming you here and would like to see you again! 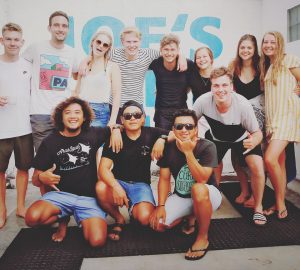